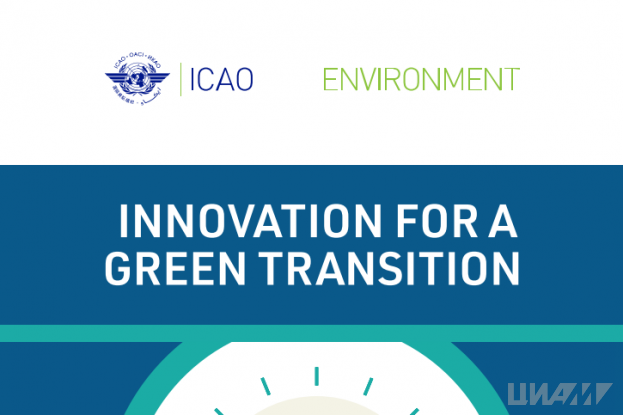 In August 2022, ICAO released the "ICAO 2022 Environmental Report", called "Innovation for a green transition". The report is available on the ICAO official website.

ICAO environmental reports are published every three years and highlight progress made in key areas of the environmental activities of organization during the reporting period.

The "Biodiversity" section contains an article "Aerial Wildfire Fighting: Russian Experience and a Look at the Future" by Artur Mirzoyan, Representative of the Russian Federation in the ICAO Committee for the Protection of the Environment from the Effects of Civil Aviation (CAEP), Head of subdivision of the Central Institute of Aviation Motors (CIAM, part of the N.E. Zhukovsky National Research Center), and Konstantin Gongalsky, Deputy Director on Science of the Institute of Evolution and Ecology of the Russian Academy of Sciences.

Every year, millions of hectares of forest suffer from this natural disaster, people lives are threatened, and flora and fauna are destroyed. According to the global database, the average gross carbon emissions from global wildfires between 1997 and 2017 accounted for almost one quarter of the total annual CO2 emission from fossil fuel combustion (7.7 Gt CO2 equivalent). Increasing the absorption capacity of forests and reducing emissions from wildfires may be one of the critical solutions to reduce global CO2 emission.

Russia, as a part of the Paris Climate Agreement, has made a number of voluntary commitments in the field of reducing greenhouse gas emissions, which are set out in the agreement as Intended Nationally Determined Contribution (INDC) of the Russian Federation. The commitments recognized that "the long-term goal of limiting anthropogenic greenhouse gas emissions in the Russian Federation may be 70-75% of 1990 emissions by 2030, under condition that the absorption capacity of forests is taken into account as much as possible". Main focus of Russia in its climate doctrine is on the capture of greenhouse gases by forest resources.

Currently Russia has one of the strongest, most diverse, and well-equipped firefighting air fleet in the world. Among them, the most widely used multi-purpose aircraft: the An–2/3 aircraft (load capacity is up to 2 tons), the Be–200ChS amphibious aircraft (12 tons), and the Ilyushin Il–76 transport aircraft (42 tons).The helicopter fleet includes the following: the Mi–8 (4 tons) and the Ka–32A (3 tons) universal helicopters as well as the Mi–26T heavy multi-purpose transport helicopter (20 tons).

The article presents the successful experience of Russia in the field of aviation firefighting at home and abroad: in Armenia, the Balkan countries, Chile, Indonesia, Israel, Portugal, Serbia, Turkey, etc.

The main advantages of using aviation for integrated wildfire management, including participation in planning, preventing, early detection, extinguishing and reducing the negative consequences of wildfires, are highlighted. An important role of ICAO in the development of international standards for aviation firefighting, taking into account national law and order, and the formation of a legal framework for the use of international aviation in the management of wildfires was especially emphasized. The article supports the ICAO initiative to organize an international dialogue in the field of aviation firefighting, which was put forward in response to the Russia’s proposal to create a distributed international fire aviation service under the auspices of ICAO / UN.

In the face of unprecedented Western sanctions against Russia, climate commitments have not lost their significance. Their implementation in modern conditions will be even more connected with the priority of unconditional respect for Russian national interests and sustainable independent development.

The Committee Aviation Environment Protection (CAEP) is a Technical Committee of the ICAO Council. It was founded in 1983 and monitors the impact of international civil aviation on the environment by developing and adopting appropriate environmental standards.